Why Failure Is Your Biggest Success

If at first you fail, fail fail again

In the dictionary the definition of failure is a ‘lack of success’. But this definition doesn’t seem right to us. At Admire we are fond believers that failure has multiple wonderful attributes and lessons.

What are we on about? We are glad you asked!

The idea of failure is something that strays people from doing the things they really desire to. I am sure you can recall a time when your nerves got the better of you, and you didn’t do something you really wish you did. This comes from the idea of failure.

Failure also teaches us persistence. This one is backed up by the saying as old as time. “If at first you don’t succeed, try, try and try again.”

Imagine a skater trying to land a trick. It is inevitable that they won’t land the trick the first time, yet they aren’t too bothered by failure. Why? Because it makes it more interesting, because they are persistent people. They know they will slam, they will hurt themselves. Yet equally they know they will get up, dust themselves off and keep going until they succeed.

Persistence is a wonderful attribute to have, and failure only exercises it. Without failure, there is no persistence.

The act of picking yourself up again

This sounds a lot like the last, but stick with us. There is no better exercise for self care, than when you fail. When you fail, all your efforts seem like they were for nothing, or maybe an even worse outcome. The moment you fail, you first become very sensitive. You are forced to be kind to yourself, because otherwise you’d never be able to persist.

Often you’ll find that if someone’s day has failed, they allow themselves their comforts. Whether this be a glass of wine, running a bubble bath or eating chocolate. These methods of self care have come through failing, or having things turn out the way they weren’t planned. Who would have thought they could have been so beneficial?

Failure makes things exciting. When failure stands in front of a task, it makes that task become a skill, a wanted attribute or position. The more chance for failure means the harder it is to succeed on the subject.

But you know that feeling, when you finally get it right? And it feels like everything is perfect? Well that, my friend, is made by failure. Without feeling the hard kick of losing, you won’t have ever experienced success the way you do.

Failure can feel like the hugest middle finger right in front of your face, but sometimes this is a blessing in disguise.

Do you ever think back on things you really wanted at the time, but looking forward you realise it wasn’t right?

Maybe there was a job you really wanted, and didn’t get. This would essentially mean you failed at getting your ‘dream’ but, in reality it probably forced you to seek other options. This is when you might find something totally better for you.

The universe does work in mysterious ways, and we are firm believers that most things happen for a reason. 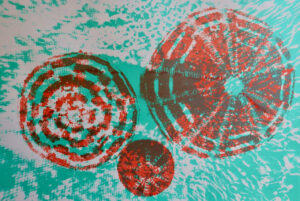 Natalie Bedford: An Artist In Her Element 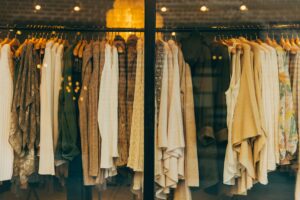 How to protect clothing designs

We work with many smalll fashion brands, especially in Equestrian Sport. Being able to protect your design as an athlete or brand is essential. The