Not yet 40 years old, Jon Cross (pen name) has been a criminal barrister, wine merchant, landscape gardener, a Conservative councillor and Cabinet member for a district council.

Jon, sadly, did not achieve greatness in these positions. However, his amusing view of modern political correctness and the world’s ever-increasing conformity gave him an advantage. He can write!

Based on the author’s surprisingly real-life experiences, Being Woake is one man’s sometimes questioning yet amusing and politically incorrect journey attempting to answer the impossible: how to be woke in 21st century Britain?

When he is promoted to lead the finance team (as surprising as it is unlooked for) Woake must achieve the impossible; keeping a bankrupt council financially solvent whilst maintaining his tumultuous legal career. Hate crime, Latvian drug traffickers, benefits cheats and an overbearing Head of Chambers are just some of the problems he faces.”

“Being Woake was written as my response to the on-going campaign of wokeness, raged by those in authority but not necessarily with the consent of the public. All of the events in the novel either happened, or very nearly could have happened had there been another twist of fate. First and foremost, I want the reader to be entertained and to laugh out loud, but I also want the reader to be enlightened about the inner workings of the justice system and local government, both of which have far-reaching consequences for the public.”

Jon now lives in the Surrey Hills with his wife, family and two dogs.

You can buy a copy of Jons Cross’ new book on many websites including Amazon and Waterstones.

What are the benefits of an apprenticeship for an employee? 5 reasons to employ apprentices.

Apprenticeships have become increasingly popular in recent years due to numerous reasons including prices of universities and demand for experience.   There will have been 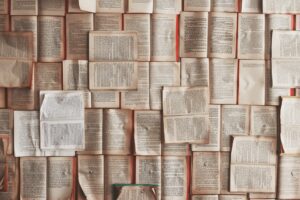 Political And Social Satire Novel ‘Being Woake’ Shines Light on Local Government Not yet 40 years old, Jon Cross (pen name) has been a