When I first realised I wanted to become a Voice Over Artist, I didn’t know where to begin. Like anyone living in the 21st century, I googled it and was immediately floored with the multitude of avenues to take and different perspectives on what was/wasn’t the right way of doing it. It was so confusing. It was so intimidating. So I backed away and put that little VO dream away with the other hairbrained ideas I’d chickened out of.

Then one day, while working from home my wife called to me from her end of the dining room table/open-plan office: “there’s an article on a Bristol-based Voice Over school”. She sent me the link and I read about Brava. I went through to the Brava website and read all the information there. Everything sounded great. It looked very professional but welcoming at the same time. Plus, they were running an Intro to VO course, that’d be perfect for someone like me. Then the fear set in.

As I mentioned before, I’ve always backed away from taking that next step into something out of my comfort zone or something that wouldn’t traditionally be considered ‘safe’. Finding excuses to justify why I didn’t pursue that career in games journalism, was unfairly looked over in video production, or it was too far away to train as a wrestler. But this opportunity presented itself to me while the world was in a very strange place, so maybe it was time to change things up a bit.

I filled in the application and was contacted by Melissa shortly after. We arranged a time to chat on the phone and as soon as we did, all the fears and trepidations I’d had were washed away. Melissa was so friendly and helpful while she explained how the Intro to VO course worked. She asked about me and what drew me to VO so I explained and mentioned a lack of confidence to which Melissa assured me would be taken care of (spoiler alert: it was!).

Part of applying for the course was the audition process. I’d read about this on the Brava website and was worried about having to nail a Shakespearean monologue on my first try with perfect diction. In reality, it was a much simpler process. I read and recorded two short scripts just using my phone and emailed them over. This was to give Melissa an idea of where my skill level was and to show that I had the potential. As devastating as it would have been had I not been successful at the audition, I really appreciated that I would have found out before signing up for the course. This showed me that Brava isn’t the type of organisation that would just take my money even if they knew I didn’t have the right skills and that I could trust them.

Having passed the audition, we arranged a time for my first Intro to VO class and we were off! In the first few weeks, the information comes at you thick and fast but Melissa explains everything so clearly and thoroughly. There’s space to ask questions as and when too. At the end of each session I was assigned homework which would be to research a few things we’d discussed in the lesson and record a script or two. This was great as the recordings really helped me develop my skills and put into practice what I had learned that week. We would then go over the recordings at the start of the next lesson. I never thought I’d say this in my life, but I loved doing homework!

The classes don’t just cover performance techniques either. There’s a whole world of VO I wasn’t aware of. I initially wanted to be a VO Artist just to work in video games, but Melissa and Brava showed me that there are many more mediums to explore. Voicing video games is still my primary goal but I’m much more open to trying anything I can put my voice to now. I found it so interesting to learn about all the kinds of voiceover work there is that I never would have realised before. It was also so good to learn about the business behind VO. It’s not just standing in a booth making funny voices, there’s a lot of important behind the scenes work you need to be aware of. While it doesn’t sound like the most fun thing to learn, I really appreciate that Melissa included this in the lessons because I feel more prepared to tackle the world of VO than if it hadn’t.

After the 10 weeks of the Intro to VO course had finished, Melissa gave me the option to record my narration demo with them but made it very clear there was no pressure to do so if I didn’t want to pursue this any further. Obviously I did (I wouldn’t be writing this otherwise) but appreciated the openness and not feeling like I had to do this. We picked out some scripts that suited my VO style (which we’d established over the 10 weeks) and had a session where we broke them down and put what I had learned into practice. Recording the demo itself was fantastic! Luke (one of the Brava producers) was really professional and got the best performance out of me. It was great to have a taste of what a real recording session was like too, preparing me for what will come in the future.

And that brings us up to the present day. I’ve got my narration demo in the bag and have auditioned for a couple of roles here and there while I get my website sorted and I’m currently halfway through my next course with Brava: Developing Your Character Playbook. I’m honestly loving every second of it and I’m so glad I reached out to Brava.

If you are even mildly considering exploring VO, as a career or a hobby, you could do a lot worse than getting in touch with them. 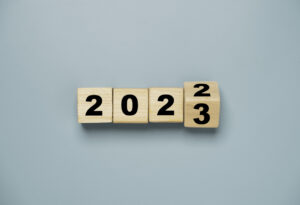 As we turn the page on another year, we take hold of the opportunity to look ahead towards our goals for the coming one. I 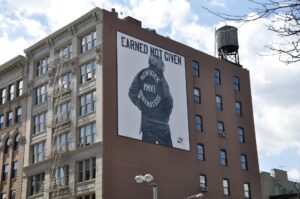