How Partnering with a Charity can Help Your Business – Guest Blog

Partnering with a charity can be a difficult concept to wrap your head around. With best intentions for your business in mind, many thought is given to the idea of collaboration. Below are a selection of advantages your organisation would recognize.

By joining forces with another organisation and promoting one another, your companies will receive double the exposure it has alone. This is a wonderful opportunity to spread the word about your business and what it has to offer.

A good reputation is recklessly underestimated in creating revenue. By linking with a charity, customers can perceive you are a trustworthy and friendly company. This is important in creating a bridge of trust between your business and your target audience.

Your employees’ mental health is something that is crucial. It should be a top priority to maintain. This has shown to be most prominent in construction. By going to work knowing that their job is to work towards something that causes positive change, this could help them feel more purposeful. Studies show that giving to charity improves mental health.

Despite the idea that you’d have to give to a charity, you can also receive. By partnering with a charity, you can give and get. The charity may need something such as your services, while you may need an office space that the organisation tends to have.

Some examples taken from Fundrasing.co.uk:

“DVLA staff have chosen Blood Bikes Wales as their Charity of Choice for 2020. Throughout the year, they will raise funds for the charity, which transports emergency blood supplies and other items to the NHS across Wales. Since being launched in 2014, the Charity of Choice scheme at DVLA has raised more than £300,000 for local charities through various fundraising activities including charity concerts, skydiving, running half marathons, completing the Three Peaks Challenge and taking part in sponsored head shaves.”

“Employees of XPO Logistics helped families in need over the holiday season by delivering more than seven tonnes of food to 35 food banks. The donation is equivalent to providing an estimated 9,500 meals for vulnerable people across the UK. Over 8,700 XPO employees supported the initiative by collecting or donating food, raising funds or volunteering at local food banks. This was the fifth consecutive food drive for the company, and set a new record for its annual United in Giving campaign.

“Sportswear brand Under Armour hosted a pop-up sample sale in a British Heart Foundation shop in Manchester this month. Between 24 and 26 January, locals could head to the shop to purchase quality sportswear at discounted prices, with all proceeds going towards the charity’s research. Staff from the company’s head office were also volunteering at the shop over the course of the weekend.” 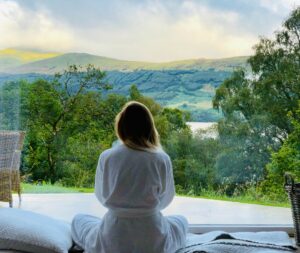 Down time and its effect on perspective

Having scheduled downtime during our working day is essential to not only our productivity but also for our brain health.  Research has found that taking 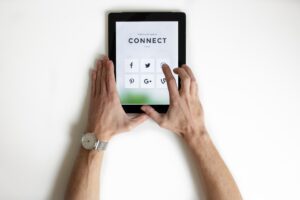 Sharing Opinions Online: Is it Unwise?

Social media is considered a wide, explorative platform. It provides a unique ability to discuss issues that move us with people from around the globe.